What are the Grounds for Filing for Divorce in Texas? 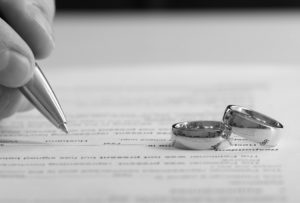 These days, it is impossible to find a state that doesn’t offer the option for a no-fault divorce.

The last state to pass such legislation was New York in 2010. Texas offers its residents the option of filing either at-fault or no-fault divorces.

Nonetheless, when a couple makes their petition to the court, they must offer some grounds on which to divorce in Texas. In light of this, the following discusses the various grounds for dissolving marriages.

Grounds for Dissolving a No-Fault Divorce

In a no-fault divorce, a spouse must claim that the marriage is “insupportable”. That means that there are irreconcilable differences between the couple that are past any point of repairing.

There’s no chance that the couple will ever resolve these differences, and the best path forward for everyone is to go their separate ways.

The Pros and Cons of No-Fault Divorce

No-fault divorces are less expensive to litigate and less time-consuming. They can be pursued without the compliance of spurned spouse. In other words, no-fault divorce laws give the power to one spouse to simply walk away from a marriage without having to worry about the other spouse signing off.

There will, however, be some cases in which pursuing fault in a divorce will be advantageous to one of the spouses. Considerations like spousal support, custody, and property division may be impacted when one spouse chooses a no-fault option. In other words, it can cost a spouse money and power if they don’t pursue an at-fault divorce in Texas.

Fault-Based Grounds for Divorce in Texas

Some states only allow no-fault grounds for dissolving a marriage regardless of what the circumstances are. Texas allows you to file both no-fault and fault-based claims.

Pursuing an at-fault divorce in Texas is trickier, more time consuming, and more expensive. Nonetheless, it can also be the best option under certain circumstances. Here, the grounds for filing a divorce are based on assigning blame to one spouse.

Grounds in Texas for filing fault-based divorces include:

A key to the process of filing an at-fault divorce in Texas is being sure that you have to proof to back the grounds. In other words, if your spouse has been unfaithful to you, you need to be able to prove that to the court. Suspicion of infidelity is not enough.

If your grounds for an at-fault divorce cannot be proven to the standards of the court, the court will deny your petition to file a fault-based divorce.

Condonation as Grounds for Reversing a Fault Divorce

At-fault divorces can get ugly. They also clog up the courts with petitioners throwing accusations back and forth at one another. Sometimes these accusations have merit and sometimes they don’t. Whatever you accuse your spouse of must meet two requirements. The first is that you can prove it in court. The second requirement is a bit trickier.

Let’s say your grounds for an at-fault divorce is drug abuse and infidelity. Your spouse likes to spend time at the bar and you found out that they had an affair with someone else. You can file an at-fault divorce in Texas on those grounds, but if the behavior was part of an ongoing pattern that you implicitly condoned by not filing the divorce after the first time it happened, then your case may be thrown out on the grounds of condonation.

If the at-fault spouse can prove this is more likely than not, the court will grant their motion for a no-fault divorce.

Logistically, all the at-fault spouse has to prove is that the petitioner forgave their misconduct and tacitly condoned it. Technically, they should have to show a pattern of remorse, but courts are incentivized to push spouses through the no-fault system because it’s less of a burden on the docket.

For instance, let’s say you have a spouse who has behaved erratically and cruelly. This is grounds for an at-fault divorce. If this spouse can be shown to have an untreated mental health problem at the time of the illegal or cruel behavior, then they can’t be held liable for fault in Texas.

A Texas judge would consider the behavior an indication of an untreated medical problem and not grounds for fault in a divorce. In other words, the only option left to pursue is a no-fault divorce.

How Should I Proceed?

If you believe that you have cause to file for a fault-based divorce, your first order of business will be to a find a lawyer who understands your story and listens to your concerns. They can make the proper arrangements to file your claim with the court.

You should understand that the process of filing a no-fault divorce is streamlined and simple by comparison. For those who want to prove fault in a divorce, it’s an uphill battle. The courts are looking for reasons to deny fault-based claims. Nonetheless, if your case is prepared well and your reasons are justified, they will not be able to find legal grounds to force you into a no-fault divorce.

If you feel strongly about pursuing fault in a divorce, contact the Law Offices of Ben Carrasco PLLC in Austin, Texas. You can reach us by phone at 512-320-9126 or contact us online. We have the experience you need to make the best possible case before the court.