Can You Go Or Will You Stay? Relocating After Divorce 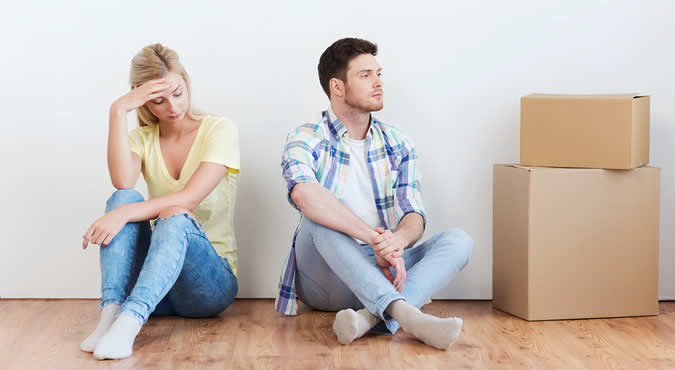 Most final divorce decrees involving children or, if the parties were never married, a final order in a suit affecting the parent child relationship, restrict where the child can reside after the decree or final order is entered. Final orders entered in Travis County, for example, will typically restrict the child’s residence to Travis County and any county contiguous with Travis County (Williamson, Hays, Caldwell, etc). This means that the primary custodial parent can move anywhere with the child within this designated area without obtaining a court order. Some geographic restrictions are much narrower–I have seen language restricting a child’s residence to a specific school district.

In today’s global society, however, it is unrealistic to expect that a parent will remain in the same area indefinitely. Life can take unpredictable twists and turns. A custodial parent might lose a job, be offered a promotion that requires moving to a different city or state, or remarry someone whose career requires a move–a military service member, for example. If you are the custodial parent and want to move with your child outside of the restricted area set forth in your final divorce decree or order, you will need to file a modification suit to have the geographic restriction expanded to at least include the area you want to move to or lifted entirely (which would enable you to move anywhere in the world with your child). Conversely, if you are a noncustodial parent and the custodial parent is seeking to move with your child, you can file a modification suit to block the move and impose a geographic restriction.

Of course, it is important to remember that a geographic restriction applies only to the child, not the custodial parent. There is nothing stopping you from accepting your promotion and moving to New York. You just can’t take your child with you if the child’s residence is restricted to Texas. For most custodial parents, this is a distinction without a difference since they would rather litigate the issue in court or stay with their child rather than relinquish custody to the other parent and move without their child.

A custodial parent seeking to relocate with a child will have to file a suit to remove or expand the existing residency restriction. As with all matters pertaining to child custody, the dominant consideration in such a suit is whether allowing the child to move is in the child’s best interest. In determining whether the proposed move is in the child best interest, the court will consider a number of factors including:

This is not an exhaustive list of the factors the court can consider, but they are the factors that are given the most weight by the court. For the most part, these factors are self-explanatory. For example, if you are the custodial parent and your motivation for moving is to punish the noncustodial parent by depriving him/her of access to the child, then the court will not allow the child to move. Distance is another obvious consideration. If the child lives in Austin, a move to Dallas is a much easier sell than a move to Alaska. If the noncustodial parent has a weak relationship with the child–rarely exercises visitation, for example–then it will be difficult for the noncustodial parent to persuade the court that his/her relationship with the child will be harmed by the move.  The child’s relationships with extended family can also be pivotal. I had a case that was largely decided based on the child’s close relationships with aunts, uncles, and grandparents who lived in Austin and did not want to see the child move out of state. Imagine the impact of emotionally wrenching testimony from a parade of crying family members.

Relocation cases are exceedingly difficult to win, particularly in Travis County. If you are contemplating modifying a final order to remove a geographic restriction or, if you are a noncustodial parent seeking to block a move, please contact my office to arrange a consultation.

Ben Carrasco is an experienced, dedicated family lawyer who will fight to win your legal case. Call Ben today at (512) 320-9126 or request a consultation online!