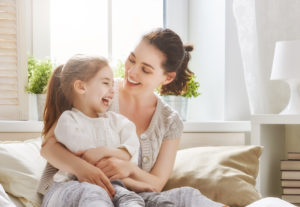 Mothers have substantial rights to child custody, regardless of whether they are married to the father or not.

In fact, mothers in many ways have more rights than fathers—at least initially.

If you see a custody battle on the horizon, you should understand how a judge determines which parent gets custody and begin building your case as soon as possible.

A father can establish his paternity in several ways. For example, a man can sign an Acknowledgement of Paternity form, which the mother will have to sign in order for it to come into effect. A man can also file a paternity action in court and establish that he is the father using a DNA test. If you are an unmarried mother, you should meet with an attorney to discuss whether the father can establish his paternity and how that will affect custody.

A Texas woman who is married shares custody of her child with her husband. The law presumes the husband is the father until another man establishes that he is really the father, usually by filing a paternity action. As the joint custodian, a married woman has equal rights to her children and can jointly make important decisions for them.

Conflicts usually arise when married couples are going through divorce. Until the divorce is finalized, you are technically still married and still joint custodian of your child unless the judge states otherwise. This means you cannot unilaterally decide to remove your children from the state or make legal decisions without input from the father. Simply filing for divorce does not terminate your husband’s rights, and you can get into trouble if you try to deprive him of his rights as a father.

If you are fleeing an abusive relationship, you should seek an order of protection and ask the court for custody. This will allow you to make decisions for the children and possibly move with them.

To schedule a consultation with an experienced Austin child custody lawyer, please fill out the form below.

Mothers’ Rights in a Divorce: Custody

At one time, courts automatically favored mothers in child custody disputes, especially when the children were young. This is no longer the approach in Texas. Instead, a judge will make child custody decisions based on the child’s best interests, which includes looking at:

When you file for divorce, you can ask the judge for temporary custody of your children. You can also ask for temporary child support. Temporary orders last only until the divorce is finalized, at which point the judge enters final orders that will be in effect going forward.

In many cases, the temporary custody request is the most critical one that you will make. Although the custody arrangement is temporary, it can quickly become the “status quo,” especially in long divorces. As a result, a judge might hesitate to switch custody in the final custody order. If you obtain temporary custody, this factor will work in your favor when it comes time for the judge to award permanent custody.

Texas strives for children to maintain healthy relationships with both parents. For this reason, a mother should get visitation if she is not made the custodial parent. The amount of visitation you receive will depend on a variety of factors, including where you live and the age of your children. The only time mothers do not receive visitation is if their parental rights are terminated. Termination is very rare and typically reserved for extreme cases of abuse or neglect.

Child custody fights are some of the most emotional court disputes. If you and your spouse are headed for divorce, you need an experienced advocate in your corner. Vindicating your rights as a mother requires that you start early and have a child custody lawyer in your corner who understands the law. Please contact the Law Office of Ben Carrasco, PLLC to schedule your initial consultation.