Understanding a Father’s Child Custody Rights in a Divorce 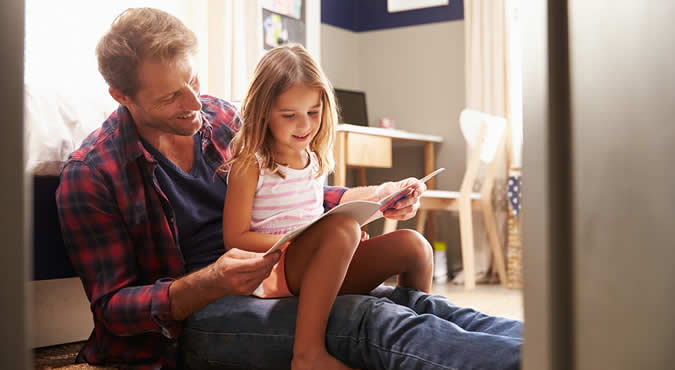 A divorce is hard enough as it is, but having to deal with a child custody battle makes matters even worse. A common perception among the public (and even some family law attorneys) is that the courts are biased in favor of mothers, with divorcing men getting shortchanged in custody orders and having to settle for being “weekend dads.” The tide, however, has been shifting in recent years as dads increasingly fight for primary custody or 50-50 possession schedules that allow them to play meaningful roles in their children’s lives after divorce. This has brought about a growing number of men who are fighting for their parental rights.

If you are a father facing a custody battle, read on to learn about a father’s child custody rights in a divorce.

During the Divorce Your Retain the Same Legal Rights

First, it is important to know that during a divorce, before a child custody agreement is signed, you retain the same legal right to the custody of your children as the mother. The mother, therefore, doesn’t have the legal right to ‘claim’ the children, move them away, and deny your requests to see them or to stay informed about their education, health, and wellbeing.

Many fathers don’t understand they can actually retain equal custody rights during a divorce and, for example, make the mistake of moving out of the marital residence and allowing their wives to dictate the terms of visitation and access to the children. For this reason, it is important to find an aggressive child custody lawyer right away to help your case.

When you think of a custody battle, you likely picture a courtroom scene, complete with family law attorneys and a judge who will decide on a final custody agreement. This is actually more uncommon than you’d think. In fact, an analysis of child custody cases found that:

Child custody lawyers can be an asset no matter how your case is resolved. Without family law attorneys, many fathers give up without a fight. However, with the guidance of an experienced divorce lawyer, fathers can better negotiate a favorable custody agreement that allows them to see their children.

Your Level of Past Parental Involvement Counts

The central question before the court in any custody dispute is the best interest of the child. In determining the child’s best interest, the court will consider a host of factors, including the conduct of the parents, the parents’ involvement in the child’s life and daily routine, the stability of the home, the desires of the child, etc. In a custody battle, just about every aspect of a parent’s life and judgment is relevant. Mothers are frequently advantaged in custody disputes because they are often the child’s primary caretaker—they take the child to doctor’s appointments, prepare meals, take the child to school, attend the parent-teacher conferences, help with homework, etc. If you are a father wanting primary custody, it is critical that you be actively involved in co-parenting your child.

Bias in Favor of Mother is Shifting

At the beginning of this article, we mentioned the perception many people hold that the courts are biased in the favor of mothers. It’s hard to say whether this is objectively true or based on older societal norms (where father worked and mother took care of the children), but there are certainly many individuals and father’s rights websites that hold onto this belief. That said, recent statistics show that, if there were any initial bias in favor of mothers, it appears to be shifting to a more neutral playing field.

This study shows that as men and women have taken on equal roles – where both work and split parental duties – we are seeing more cases where custody agreements include split arrangements. Family law attorneys can, therefore, help fathers get a favorable agreement that allows them to maintain an active role in their children’s lives.

One aspect of child custody battles that is somewhat unique to Texas and which few dads even consider taking advantage of is the right to have a jury—rather than a judge—decide which parent will be the child’s primary custodial parent. In the vast majority of child custody cases, the parties elect to have primary custody decided by a judge. Some judges, however, are unquestionably biased in favor of mothers. Jury trials are more expensive because they involve more time and preparation, but if you lack confidence that you will get a fair hearing in front of an elected judge, you should consider a jury trial. A jury may react very differently to evidence concerning your spouse than a jaded judge who has “seen it all.”

Perhaps the most important thing to understand about a father’s child custody rights in a divorce is that you can’t get more out of the process than you are willing to fight for. Too many fathers passively accept custody outcomes on their wives’ terms even when the evidence might support a different result. If you are determined to prevent a failed marriage from diminishing your role in your child’s life, then you need to take the first step and hire an aggressive child custody lawyer who will champion your rights.

If you are looking for an experienced family law attorney who will fight to help get the custody rights you deserve, contact Ben Carrasco today at (512) 320-9126 or request a consultation online!