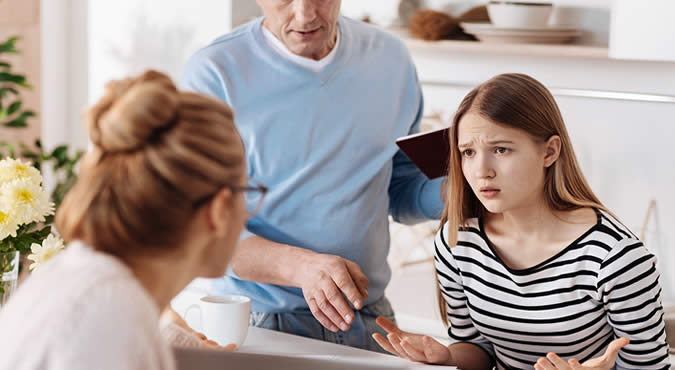 Divorce can be complicated, especially when children are involved. You may go into a divorce confident that you’ll get what you want when it comes to child custody, only to discover things may turn out a lot different than expected.

The best thing to do is to understand child custody arrangements ahead of time and recognize that some of the common presumptions you hold about custody and visitation run contrary to Texas law.

With the help of an experienced Texas child custody attorney, you can work towards attainable and positive outcomes in your child custody dispute. Please contact the Austin, TX Law Office of Ben Carrasco, PLLC to schedule a consultation. You may also find it useful to review the answers to the most frequently asked questions about child custody.

What Does Texas Law Say About Child Custody?

The first thing to note about custody is that in Texas, we don’t use the terms “custody” in the Family Code. Instead, the Family Code refers to “conservatorship,” which relates to a parent’s rights and duties with respect to their child.

Generally, conservatorship includes the right to:

The primary consideration in a Texas child custody matter is establishing a conservatorship plan that is in the best interests of the child.

Which Factors are Considered in the Child’s Best Interests Standard?

The Texas Family Code requires that a court determine various child custody issues in accordance with the best interests of the child, but the actual factors were designated by the Texas Supreme Court in the 1976 case of Holley v. Adams. Judges must consider, at minimum:

Note that many of these considerations depend on the age of the child, as the needs of an infant or toddler are quite different from an adolescent or teenager. It is important to retain an experienced child custody attorney who can present the necessary evidence to give you the edge in close cases.

Is Only One Parent Awarded Child Custody?

Generally, there are two types of conservatorship in Texas:

In most cases, both parents are appointed joint managing conservators of the child, which means that both parents will have the equal right to make decisions concerning their child.

However, one parent is usually appointed the primary custodial parent. This parent will have the exclusive right to designate the child’s primary residence. In other words, this is the parent with whom the child will primarily reside.

The non-custodial parent will have the same rights as the other parent (with the exception of the right to designate the child’s primary residence) but will typically have visitation in accordance with the standard possession order (every first, third and fifth weekend of the month and every Thursday from 6-8pm). The non-custodial parent will also be the parent paying child support.

Why Would a Court Grant Sole Managing Conservatorship?

One parent may be awarded custody only if the arrangement serves the child’s best interests because this is the primary consideration in determining conservatorship.

However, a court may award sole managing conservatorship if one parent does not want to take on the responsibilities; this does not impact his or her legal obligation to pay child support.

In addition, there are specific situations where a judge may grant sole managing conservatorship to one parent, such as where:

If a court does award sole managing conservatorship, that one parent has the legal right to make all decisions related to the child’s upbringing, including:

How is Conservatorship Different from Possession?

Just as conservatorship refers to the traditional notion of “custody,” possession is the term used to describe what is commonly known as “visitation.” The non-custodial parent does have rights related to possession of and access to the child, unless the arrangement runs contrary to the child’s best interest or would endanger him or her.

As mentioned, there is a standard possession order, which is essentially a visitation schedule. A judge weighs various guidelines and may depart from this as appropriate under the circumstances.

Can Parents Reach an Agreement on Conservatorship and Possession?

Yes, where joint managing conservatorship is appropriate, Texas law encourages parents to reach an agreement on the key issues involved with raising the child. Through compromise with the child’s other parent, you can establish the provisions for conservatorship and possession of the child within a parenting plan.

Parents are also allowed to deviate from the standard possession order, so you have more flexibility in accounting for your personal schedule. So long as the agreed conservatorship and possession provisions are in accordance with the child’s best interest, the court will enter the terms of the parenting plan into the record.

Note that, in such a situation, the agreed parenting plan is a legally binding order. The terms related to custody and visitation may be enforced by either of the parents, using all legal remedies available. This means that you can take the child’s other parent to court to force him or her to comply, as contempt of court is one means of recourse.

In addition, it is possible that a judge will not find the agreed upon parenting plan to be in the child’s best interests, even where the parents have reached a compromise. Still, you do have the opportunity to revise the plan without court involvement.

Are Mothers More Likely to Be Awarded Custody Over Fathers?

The Family Code expressly prohibits courts from considering gender when determining conservatorship and visitation. Instead, courts must make these determinations based on the “best interest” of the child. In general, however, mothers are still more likely to be awarded primary custody. This is because mothers still tend to be the child’s primary caretaker, a key consideration in evaluating a child’s best interest.

Can Child Custody Dispute Be Decided in Mediation?

If a couple feels they can compromise, mediation is a great way to determine child custody arrangements because it removes the risk of letting a judge make the decision for you. In mediation, a neutral mediator meets with both parties to help them create their own agreement.

The advantage of mediation is that it gives parents control over the outcome of the litigation and allows them to reach a customized agreement that best reflects their goals and plans for the children. For example, “50-50” visitation arrangements are more likely to be achieved in mediation since judges typically do not order such schedules.

Will I Have to Go to Court for Child Custody?

If you and the child’s other parent cannot agree upon a custody and visitation arrangement that the court finds suitable, and mediation is not fruitful, it will be necessary for the court to conduct a hearing on conservatorship and possession. The proceeding is similar to a courtroom trial, where each party has the opportunity to present evidence and witnesses in support of his or her position. You will be required to go to court to testify regarding various issues related to custody and visitation.

What Happens with Child Custody During Divorce Proceedings?

The time period between filing for divorce and a final order for dissolution of marriage may last anywhere from a few weeks to several years. Fortunately, Texas law allows for temporary orders on conservatorship and possession for children during this time period.

Once again, parents are encouraged to agree on a solution for custody and visitation, and mediation is available as a means of facilitating compromise. However, either spouse can request a hearing on the temporary arrangement in a proceeding that is also similar to a mini-trial.

Generally, a judge will order that the status quo remain in effect unless there is good reason to move the child from the existing residential environment. This would award temporary conservatorship and possession to the parent where the child was staying when the couple first separated.

If the Parents Are Not Married, Does the Father Have Child Custody Rights?

Yes. In the absence of court order, both parents have equal rights to the child. This creates significant risks for the parents, however, if the relationship goes awry and they no longer live together. Without a court order, either parent can deny possession to the other parent or move with the child. If you find yourself in this situation, you should contact an attorney to establish a court order to protect your rights.

If I Want Custody, Can I Still Move Out During the Divorce?

Leaving the children behind would be very unwise, even if you can’t stand to be in the same house as the person you’re divorcing. Moving out limits your chances at obtaining primary custody of the children later.  It also suggests you are okay with letting the other parent have physical custody.

If you must leave, you should take the children with you and file for temporary orders as soon as possible. Family law judges look unfavorably on a parent who removes the children from the home without seeking the court’s recognition.

Can I Move in With My Boyfriend/Girlfriend Before a Child Custody Arrangement is Finalized?

When Will a Court Modify a Child Custody Order?

There are certain situations where a parent can request to modify conservatorship and possession of a child, and some of the same factors apply as with the original proceedings to determine custody and visitation: Parents can come to an agreement or go through mediation and request the court to enter a modified order. A judge will likely do so, but only if the new arrangement properly accounts for the child’s best interests.

In addition, there must be a showing that circumstances related to the child or the parent have materially, substantially changed since the entry of the original order. Alternatively, a court may modify conservatorship and possession where:

What Do I Do if I Need to Move?

The general rules regarding modification of a child custody and visitation do not apply to situations where modification is sought because a parent wants to relocate. A custodial parent must get a court order to move the child and can only do so where:

Can We Change the Agreements of Child Support Ourselves?

No. Child support can only be modified by the court. The court will consider a change to a child support agreement if there has been a substantial change in the circumstances of the child or parent affected by the order. The parent subject to the child support order is allowed to request a review every three years.

What Child Visitation Rights Do Grandparents Have?

Basically, none. A grandparent who seeks possession of or access to the child must overcome the legal presumption that a parent is acting in the child’s best interests by denying visitation. This legal presumption is difficult to overcome because it requires proof that such a denial would negatively impact the child’s physical or emotional well-being.

Can I Change My Child’s Last Name After the Divorce?

If the child has the father’s last name, the mother may wish to change it to her last name after a divorce. This choice is governed by the “best interest of the child” standard. Courts will consider how the name change

Can the Courts Consider the Race of the Parents in Child Custody Disputes?

The U.S. Supreme Court ruled that a court cannot consider race when a noncustodial parent petitions for a change of custody. Societal stigma related to race cannot be the basis for a custody decision.

Do I Need an Austin Child Custody Attorney to Represent Me?

While you are not legally required to retain counsel, you are in a better position to get a positive outcome if you have an attorney to assist you in a child conservatorship and possession case. A lawyer has in-depth knowledge of the laws and procedural rules that apply in your case, and can represent your interests in court.

Ben Carrasco is an experienced, dedicated child custody lawyer who will fight to win your legal case. Call Ben today at (512) 320-9126 or request a consultation online!