Breach of Contract in Texas 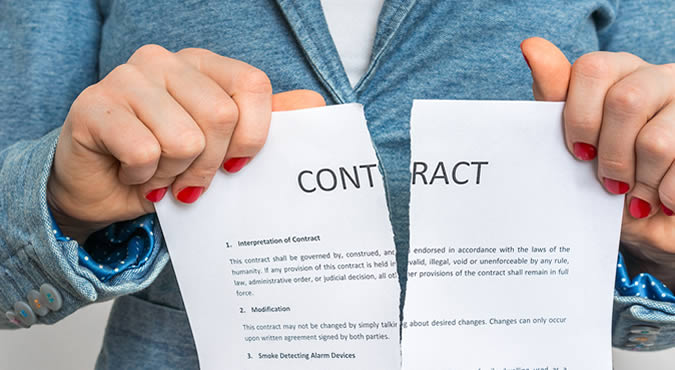 Breach of contract cases in Texas can be very straightforward or incredibly complex. Each case is unique, and a variety of factors will determine how complicated each case becomes. To following article will explain the important points you need to understand about breach of contracts.

What Is a Breach of Contract?

When these elements are in place, Texas law recognizes the contract as valid, and you can move forward in a case if part of that contract has been breached.

Proof That the Contract Was Breached

The breach must be material, meaning the breach deprived a person of the benefit they were contracted to receive. There are several factors that determine if the breach is material, and defendants can make several defenses to the breach of contract claims.

Defenses to Breach of Contract Claims

If you are being accused of breaching a contract, there are several potential defenses you can take. In Texas, there are actually dozens of common law and statutory defenses that will apply to different situations. These are some of the most common defenses to breach of contract claims:

How Are Breach of Contract Damages Decided?

Some contracts list the penalties that will be enforced if one party breaches the contract. However, not all contracts lay out specific penalties. In these cases, the court looks at several factors, including specific losses, to determine the damages, and awards damages based on what makes sense to the case. The following are some examples of potential remedies for breach of contract.

What Are the Statute of Limitations?

Involved in a Breach of Contract Case?

Ben Carrasco is an experienced, dedicated attorney who will fight to win your breach of contract case. Call Ben today at (512) 320-9126 or request a consultation online!